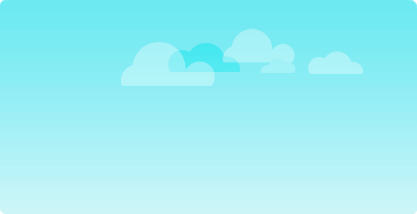 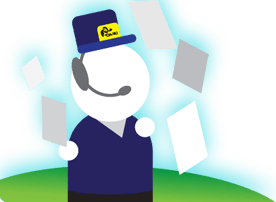 This search could take up to 20 secs at busy times

. Where we'll be keeping you up to date with all the latest information you'll need!

The Freedom to Fly.

What comes to mind for “Summer 2016?” The Olympics? But this time it’s Brazil, rather than London. Sunshine? There – almost certainly! But if you’ve been fortunate enough to secure a seat – now you have to get there!

And for the estimated up to 40% of the UK population who suffer from a fear of flying, it’s not that simple. Understanding the problem can be tricky for those who don’t have it.

So while statistics show air travel’s the safest form of transport, consider the record of a well known airline which has never had a fatal crash. Some people therefore say whenever possible, they’d choose this carrier, given its safety record.

Others however put it as their very last choice, thinking “It’s got to be their turn next!” As Shakespeare wrote, “nothing is either good or bad, but thinking makes it so.”

Research has shown that fear of flying isn’t simply “fear of aeroplanes”. It’s got different meanings for different people. For some it’s a fear of a loss of external control- the plane crashes and you’ll probably die.

Worrying about turbulence and heights are often elements of this fear. For others it’s a loss of internal control. You’re afraid of having a panic attack, losing control, becoming hysterical, or experiencing some bodily catastrophe like a heart attack, fainting or making a fool of yourself, plus dreading being trapped, unable to get out, and being far away from any help.

Are there differences in fears between men and women? Research showed women said “fear of being involved in an accident” was their main fear, while men said it was “not being in control”.

But rather than this showing a difference between men and women, the research (Iljon Foreman and Borrill (1993)) shows how both are saying the same thing – It’s a fear of an external loss of control.

And as for the second reason, women reported a “fear confined spaces/claustrophobia (lifts, underground travel, tunnels)” while men said it was a “fear of losing control over themselves (crying, fainting, going mad, heart attack or heart palpitations)”.

Certain people say they’ve always been afraid of flying, while others develop it at a later stage, perhaps after a catastrophe, or a “near miss”.

Some people will avoid flying whenever possible, or even totally, while others force themselves to do it, but find it horribly upsetting, and often it can worsen over time. And for some people, the fear just creeps up gradually over time, with no obvious trigger.

It can feel as if when you are young, you may think death is something that usually happens to much older people. But as you age, so death statistically gets nearer – and you want to put it off as long as possible.

But for anyone having either the fear of a loss of internal or external control, whatever the underlying reason, it can really badly affect your business development and even promotion opportunities, plus severely limit leisure options for both you and your family.

Getting over it is most certainly not a matter of “pull yourself together” If YOU believed you’d never come back, would YOU get on that next plane? So what can you do?

The good news is that a number of different forms of treatment have been developed to enable many to overcome this difficulty. The most successful form of therapy has been Cognitive Behaviour Therapy, or CBT.

CBT was developed from extensive research. It was found that people did more than respond to rewards and punishments. Their behaviour and emotions depended to a large extent on what they understood was happening.

What a person thinks and anticipates can greatly affect his reaction to events and people. CBT looks at the relationship between what people think, say and do. It’s been used successfully to treat many different types of problems, particularly anxiety and depression.

Having understood what you’re thinking, and seen how this affects your feelings and behaviour, it can often be possible to train yourself in a different way. The new behaviour can then lead to a potentially more satisfying way of life and become part of your normal pattern of existence.

So for those currently suffering from “high anxiety” they may yet see an end to their terror in the skies. No longer need they be grounded by fear.

And once that fear is conquered, it’s amazing to contemplate how, from the groundbreaking first 120 foot flight in December 1902, less than 115 years ago, we now can look to exploring the galaxy and even the advent of space tourism as Air Travel continues to expand its frontiers.

As for the next 100 years? The lyrics of that popular ballad “Fly me to the moon, and let me play among the stars. Let me see what Spring is like on Jupiter and Mars” could well be a travel brochure’s description of an Easter Getaway Break!

The Freedom to Fly Therapy Course

“Freedom to Fly” is a brief, intensive therapy course of one or two sessions. It is based on cognitive behavioural techniques. Using these techniques, it has been possible for many people to overcome their fear of flying, and to discover for themselves that the sky is no longer the limit!

Elaine Iljon Foreman BA(Hons), MSc, AFBPsS, is a Chartered Clinical Psychologist who specialises in the treatment of fear of flying and other anxiety related problems, and has developed the two session Freedom to Fly programme, find more information at www.freedomtofly.biz.

She holds an Honours Degree from Durham University and a Master’s Degree from Aberdeen University. She has researched the treatment of anxiety at Middlesex Hospital Medical School. Invitations to present her research in this field have taken her to Europe, the Americas, Australia and the Far East.

Elaine has Consulting practices in London, Surrey and in West Sussex. She has written several Self Help books including “Fly Away Fear”, 3 “For Dummies” books on overcoming Anxiety and Depression, and A Practical Guide to CBT, which is going into Second Edition in June 2016.